From the Opera Madama Butterfly by Giacomo Puccini
Duration: 45 minutes

A Compagnie José Besprosvany production, in collaboration with the Theatre de la Balsamine.

Puccini’s opera Madame Butterfly, created in 1904, tells the story of a young geisha seduced by a lieutenant of the American Marines named Pinkerton. For him, Butterfly renounces the religion of her ancestors and marries him, much to the chagrin of her family who distance themselves, ousting her for religious treason. The newlyweds consummate their love on their wedding night, just before Pinkerton sets off again on a crusade. Three years later, Butterfly has had a child and is still awaiting the return of her husband. When he finally reappears, it is on the arm of another woman, an American like himself. Butterfly has no other choice than honorable suicide as a last embrace of her hopeless love.

The spectacle, which covers the opera in a very personal way, reveals itself for many as an object as unusual as it is unclassifiable, confronting different scenic forms, and yet whose audacious mixtures do not take away from the coherence of the whole piece. Puccini’s famous opera—sustained by the incomparable voice of Maria Callas—finds here a purified, sibylline dance, an improbable marriage of contemporary dance, gestural hip-hop and manipulation of human marionettes (inspired by Japanese bunraku), reinforced by projected images tinted by the contrasting manga aesthetic.

Since neither the aesthetic nor the form are a goal per se, the choreography questions—by means of interviews and personal reflections in voice-over—the relevance of this hundred-year-old work faced with a fiery present. It is here that the drama reencounters burlesque and derision. Finally, the spectacle unfolds before the eyes of the choreographer himself, who places himself within the scene and questions his own role as an artist by using his life’s artistic journey as a conduit for the play’s vision.

The role of Madame Butterfly was created by Daniela Luca, who won Best Actor at the Rainbow Festival in Saint Petersburg and at the Tempus Art Festival in Slovakia in 2007.

(…) you laugh a lot during those forty short minutes, but you also, by the artist’s prodding, ask yourself many questions, all while admiring the dance and its many influences interpreted by the three dancers on stage. A convergence of the intimate and the universal, of laughter, dream, and reflection: it is not very common to find all this in the programme of one single evening. José Besprosvany succeeds in gathering them all together in one single spectacle.
– Jean-Marie Wynants, Le Soir, February 8, 2005

The quality of the interpretation translates the ambiguity of sentiments with remarkable finesse. The dance shows, even in the puppeteering (where did this remarkable human marionette idea come from!), that human relationships have a complexity that escapes language.
– Philippe Verrièle, Danser, July 2006 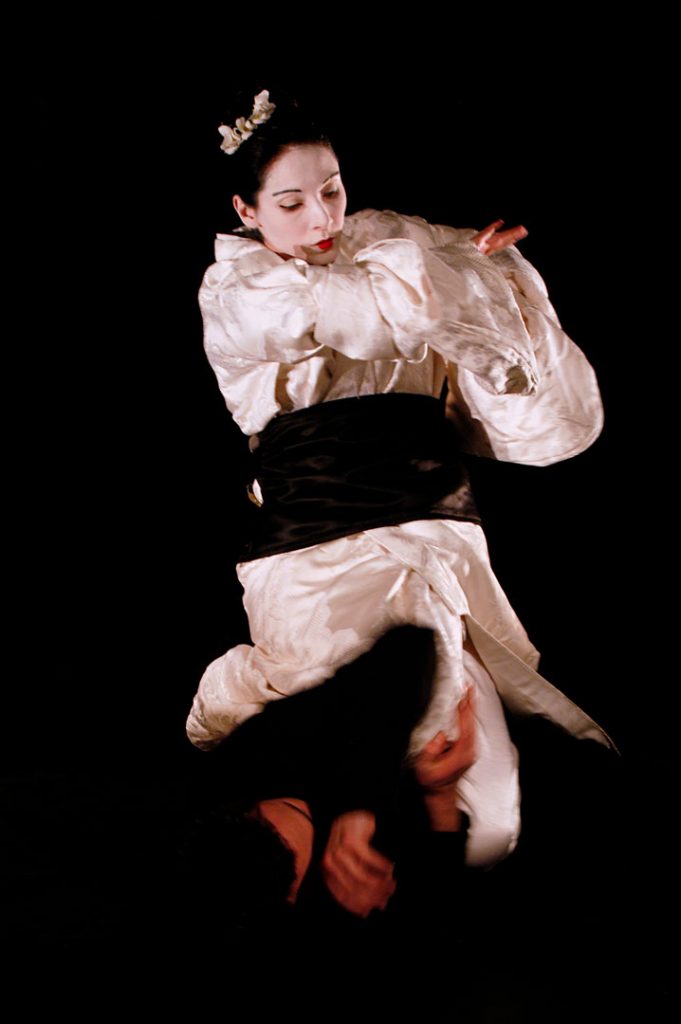 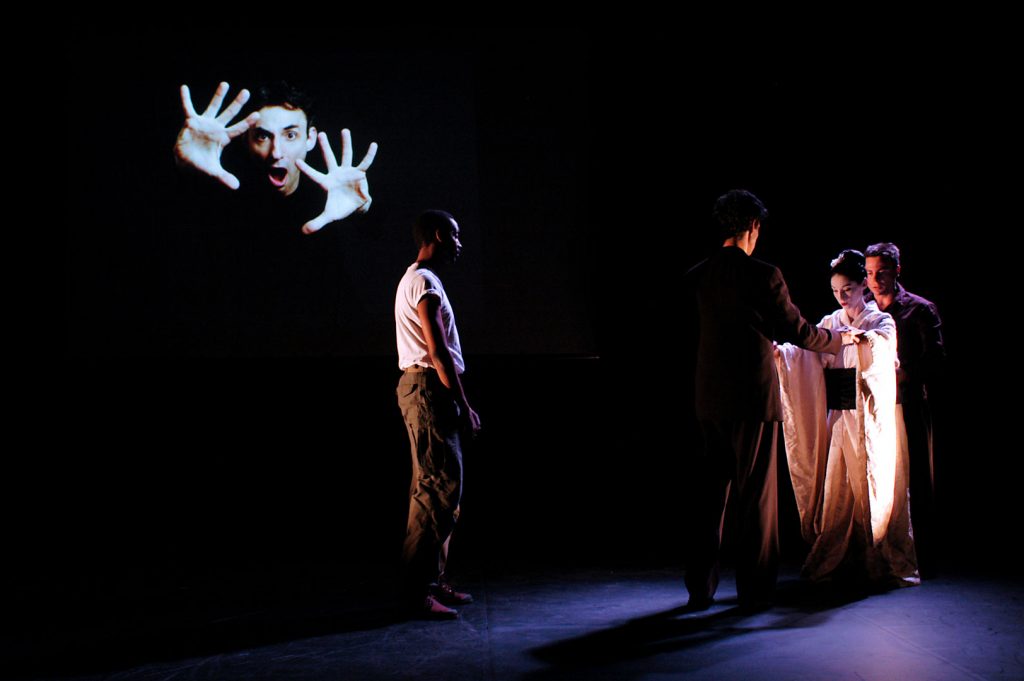 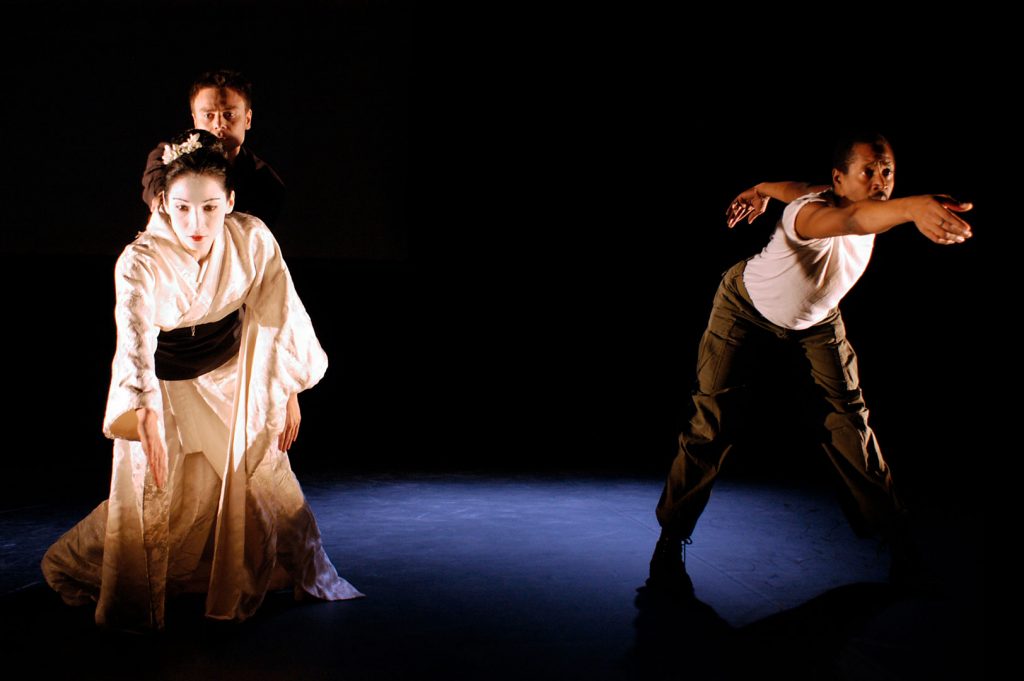 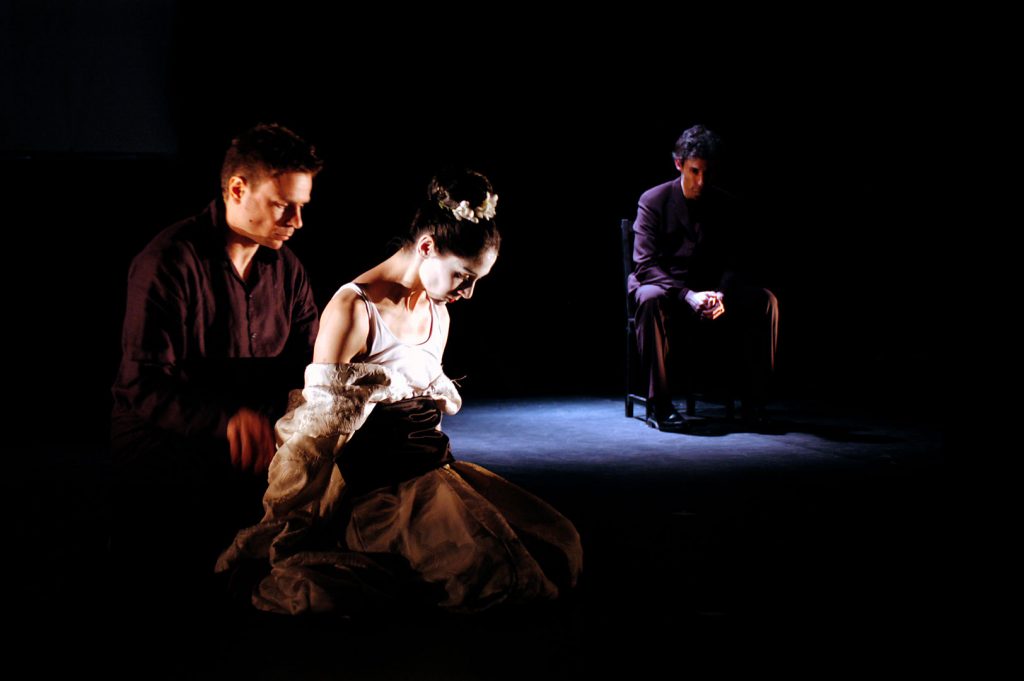