A Compagnie José Besprosvany/IDEA asbl production. Co-produced with the Théâtre Royal du Parc, Brussels and the Atelier Théâtre Jean Vilar, Louvain-la-Neuve. With the support of the Centre des Arts scéniques and the Dance Department of the Federation Wallonia-Brussels.

The chorus, an indispensable part of Greek tragedy, takes on a new dimension by narrating the story while showing it in a stylized manner. A resounding success.
– Jean-Marie Wynants, Le Soir, February 9, 2017

The typical chorus of ancient tragedies is here sometimes danced in a tribal style. Five dancers follow the rhythm of the actor-narrators’ scansion, including a bewitching coryphée played by Isabelle Roelandts. José Besprosvany has built up a seductive, image-filled world on a bare stage animated by shifting lights.
– Nicolas Naizy, Métro, February 6, 2017

A new look for Sophocles’ Antigone … which clearly appealed to the crowd of young students in the audience.
– Fattitaliani.it, January 21, 2017

Following Prométhée Enchaîné (Prometheus Bound) and Œdipe (Oedipus), the Compagnie has immersed itself in a new Greek tragedy, the story of a woman who resists tyrannical power and prefers to die rather than give in to the unjust law banning the burial of her brother, Polyneices. The play challenges the fact that we might find ourselves liking Antigone because she has the courage to revolt and disliking Creon because he represents the power of the state.

Inspired by contemporary religious resurgence, and the issue of religion in the city, José Besprosvany considered it more interesting to highlight Antigone’s religious and fanatical features, along with Creon’s tyranny. Antigone justifies her action by divine law, Creon by state policy. With opposing ideas but with similar inflexibility, Antigone and Creon are radical characters in bitter conflict.

Both are also challenged by other characters, like Ismene, Haemon, Eurydice, the Messenger, the Guard, Teiresias, and the Chorus.

The Chorus provides an occasion to explore the encounter between actors and dancers. The actors narrate the text, paired by five dancers, all accompanied by Laurent Delforge’s electronic music.

In an installation-like décor, the themes of the play are evoked: death and burial, the origin of our monotheist religions, sources of radicalism and fanaticism. The choral and choreographic parts alternate with theatrical scenes to create a show similar to the Athenian tragedies of the time: a great mourning ritual. 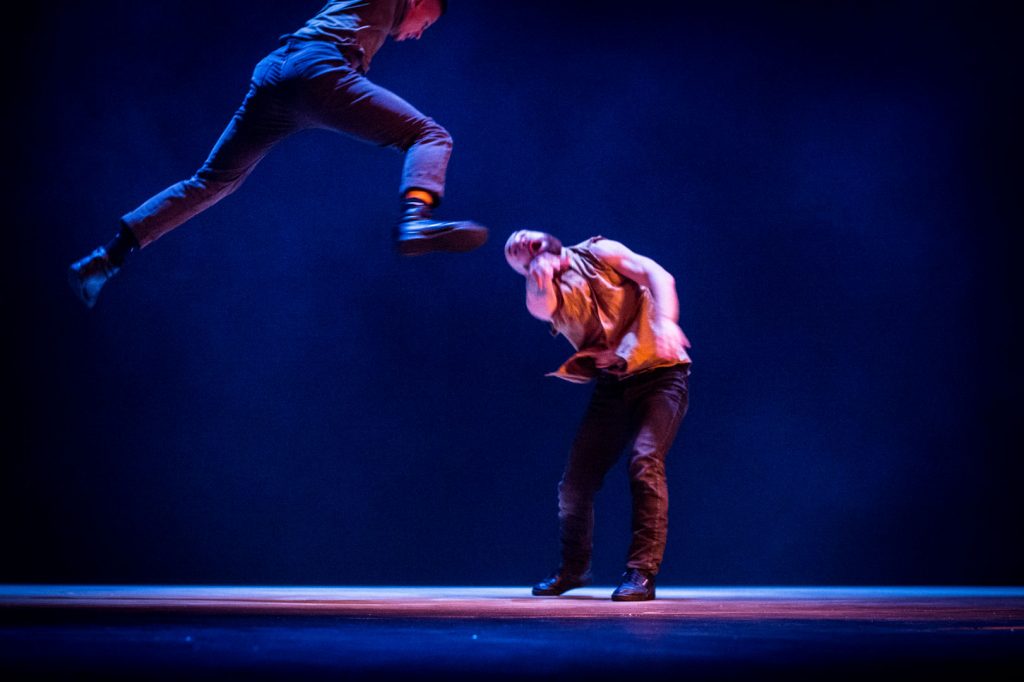 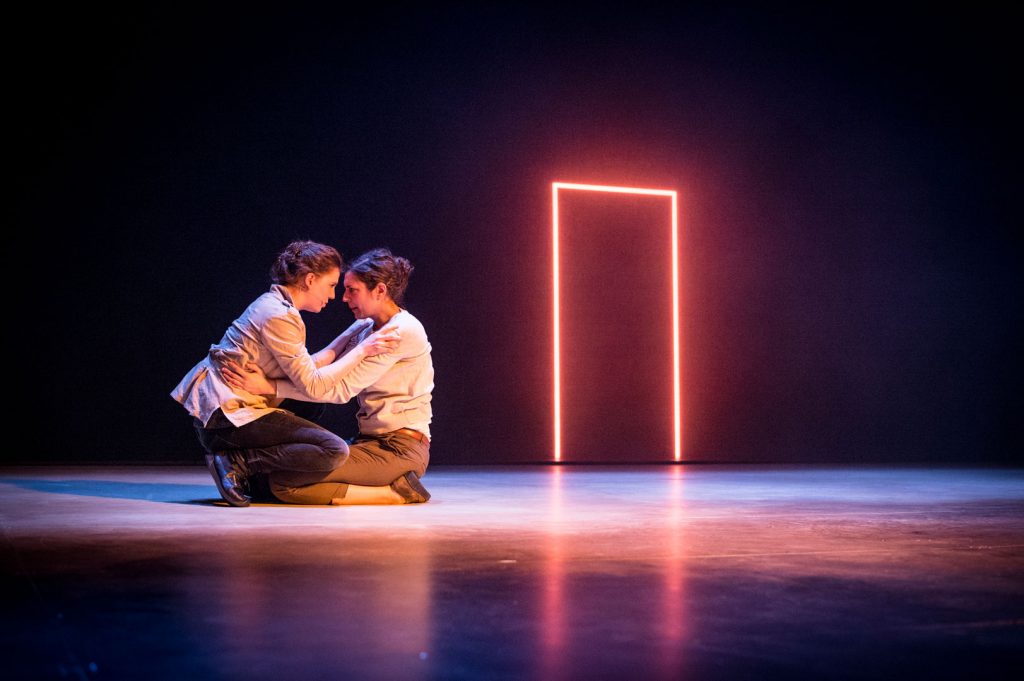 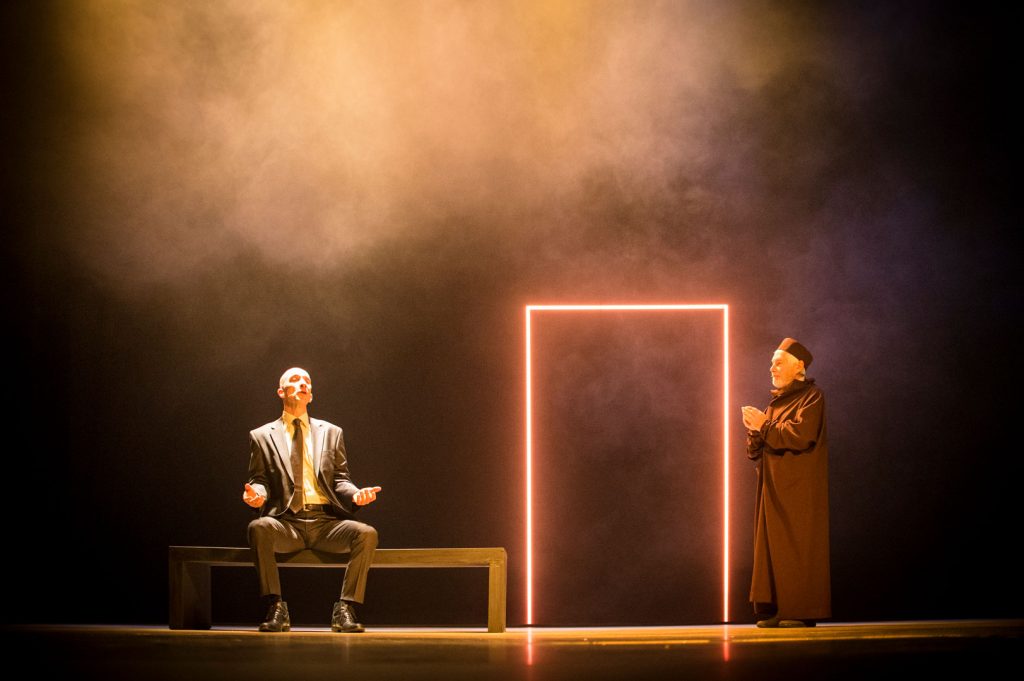 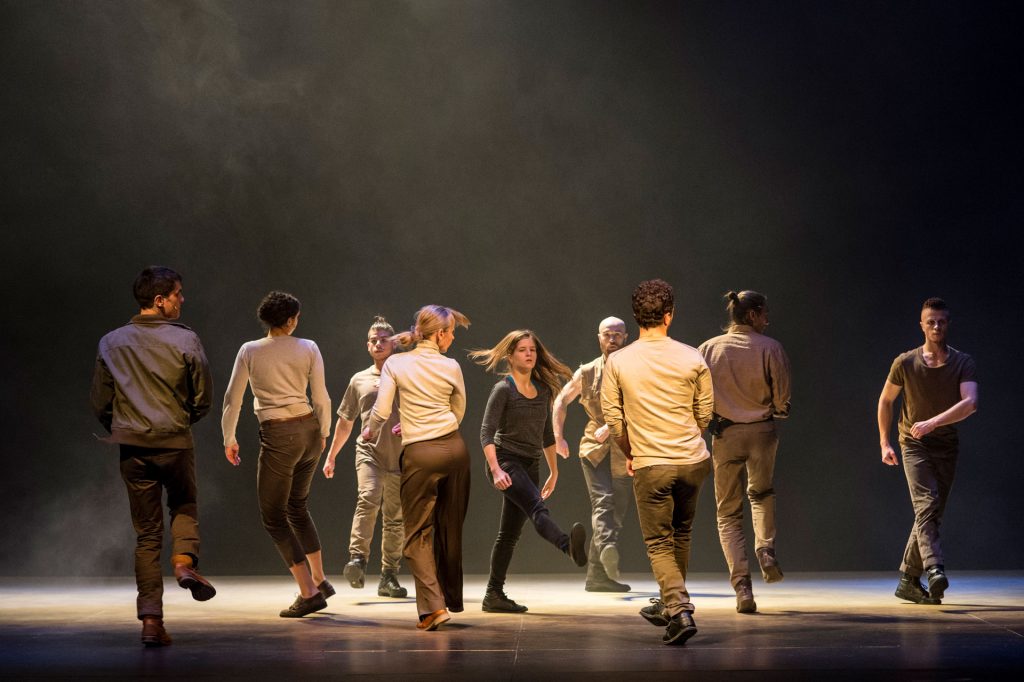 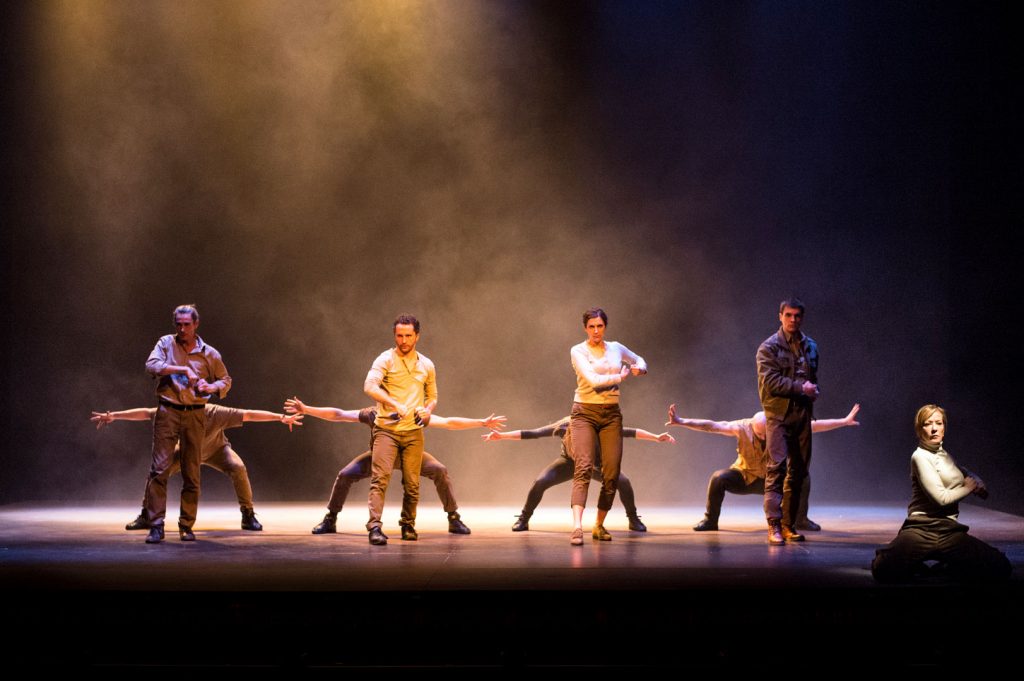 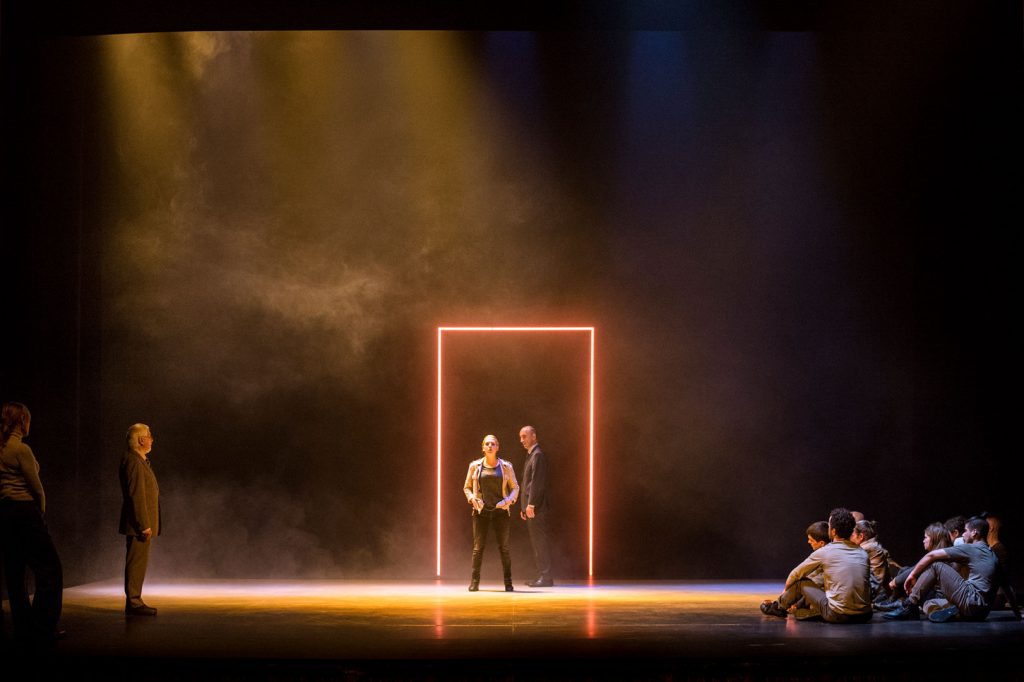 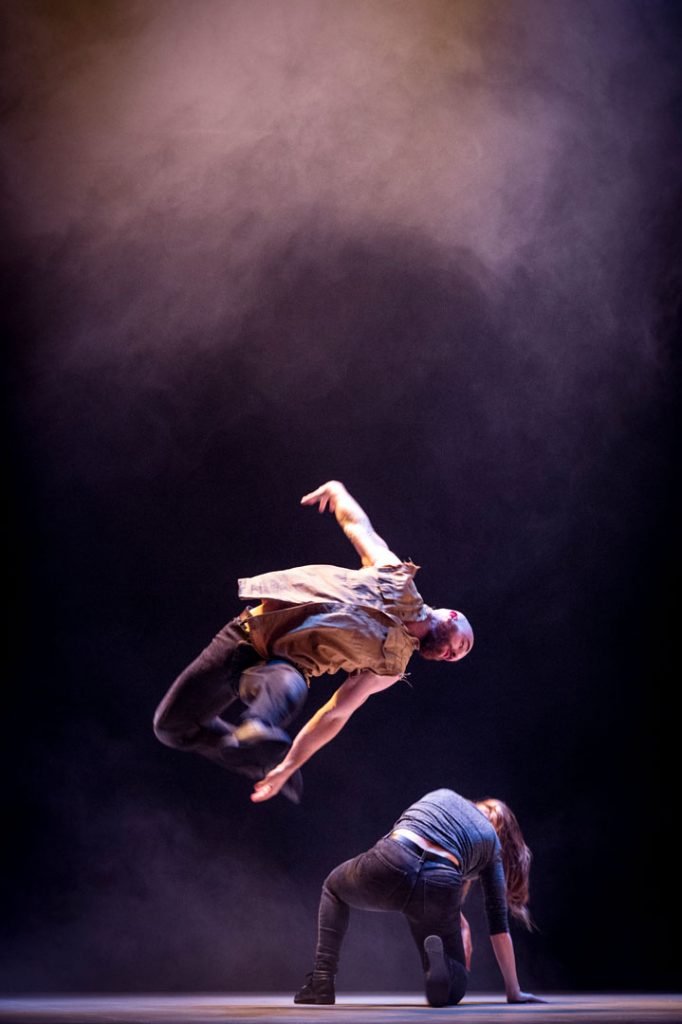 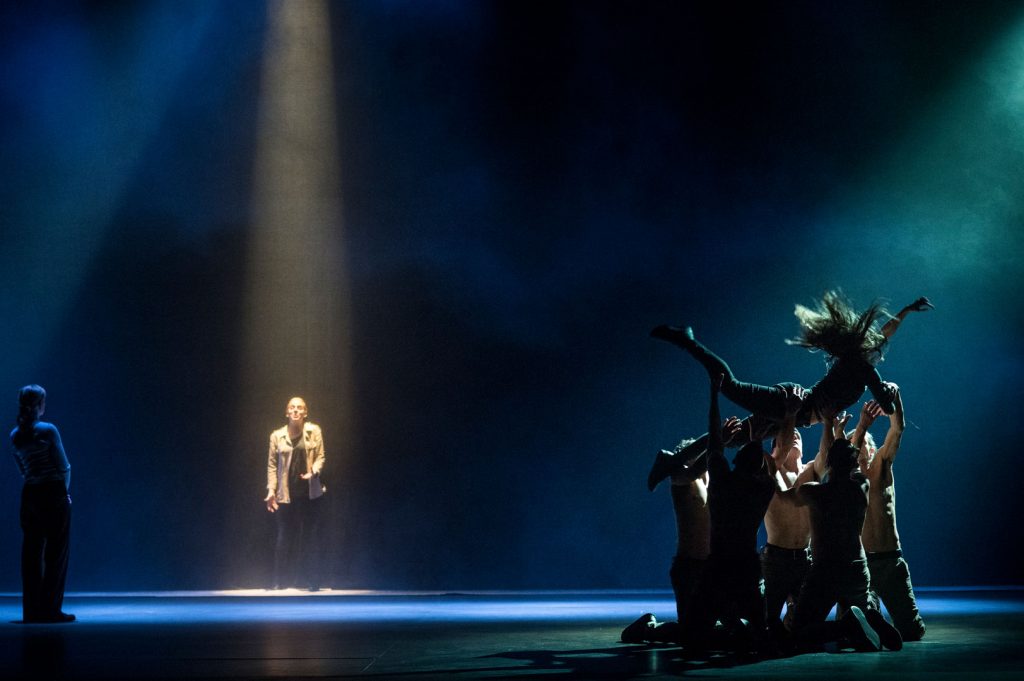 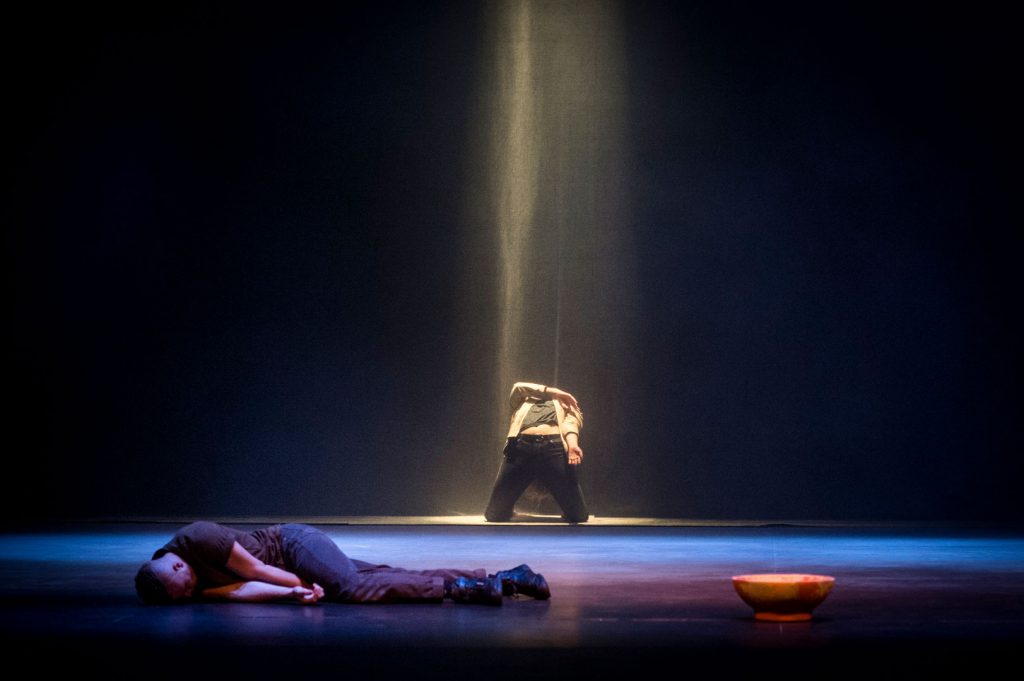