Without question, your children or grandchildren will love the visual magic and the mystery of the circus special effects. And Stravinsky’s music remains intact, still as percussive (Petrushka) and sumptuous (The Firebird) as ever.
– RTBF.be, D.M., December 5, 2018

Wordless performances that combine contemporary dance and circus aerialist techniques, with a hint of magic, remaking these two Russian classics from the ground up. (…)
The image that lingers is the fascinating performance of the dancer Lisard Tranis (…) His gestures, his movements embody our animalistic nature and his gaze captivates and holds us prisoner.
– L’Echo, C. B., November 17, 2018

All the show’s prowess is based on a subtle balance: breathing new life into two masterpieces without betraying the original music of Igor Stravinsky. And the magic works: Petrushka and The Firebird tell two new poetic and luminous stories.
– La Libre, S. B., November 17, 2018

The two different and complementary parts of the show feature two stories portrayed through the moving bodies of top-level performers.

A free inspiration of the eponymous ballet, written by Alexandre Benois and choreographed by Michel Fokine.

Petrushka is a folk tale that tells the story of a puppet made from straw whose body is just a bag of sawdust yet who has the ability to live and love. The story is the Russian equivalent of the Italian Pinocchio. The true passion experienced by the puppet makes him want to live a human life, which is impossible.

Igor Stravinsky made the story into a ballet, Petrushka sub-titled Burlesque in Four Scenes, in 1910-1911. The character of Petrushka, with its clumsy, jerking movements, illustrates the pain of human emotions confined in a rag body.

The first part features short scenes that follow on from each other in a rapid rhythm reminiscent of movie editing.

The technique used here comes from the circus, using sophisticated stage wiring to transform the acrobat-dancer into a human puppet. His movements are similar to those of a string puppet, like a doll that can be picked up and moved around by an outside force.

The music includes the piano duet version of Stravinksy’s Petrushka. The connection with music also suggests a silent movie, causing the audience to expect something different, and playing with their beliefs and received ideas. Although the audience is naturally invited to participate mentally in the show, the idea is also to surprise spectators and provoke diverse, contrasting emotions in them.

The original choreography has been modified to focus on the idea of manipulation: human and choreographic manipulation, social manipulation, and mental manipulation. Four characters interact in a fun, rhythmic fashion to explore all the facets of the theme, in a thriller that combines touches of spy stories, Russian folklore and comic theatre. The stage techniques employed here are contemporary dance, with references to folk dance, contemporary circus and the burlesque relationship between Auguste and the white clown.

The Firebird is a ballet based on a Russian folk tale. It is the Slavic equivalent of the Phoenix, a bird with magical powers. The ballet music was composed by Igor Stravinsky in 1909-1910 following a commission by Serge de Diaghilev. It was created by the Ballets Russes with choreography by Michel Fokine.

This performance is a new interpretation of the story and respects the musical composition. In this second part of our show, The Firebird takes inspiration from both the legend of the Phoenix, the immortal bird born again from its ashes, and that of Icarus, the allegory of a man who believes himself to be invincible and stronger than nature, but who ultimately fails.

This part takes up the original orchestral music of Stravinsky’s ballet in its entirety.

The stage work is based on verticality, the relationship between top/bottom, heaviness and the desire to escape it. On stage are two protagonists: one man who lives on a mezzanine and another shut into a labyrinth. A rich and complex relationship builds up between these two protagonists. The pair are accomplices and enemies, acolytes and adversaries, who need and yet oppose each other. They explore circus techniques, acrobatic partnership, and the world of the absurd and the burlesque. Other dance techniques, some of them acrobatic, some contemporary, feature in the show.

Using circus cable techniques, the man learns to fly and tries to reach great heights, breaching a rule that causes him to fall.

Nevertheless, the fall is not the end of the story; death contains rebirth and destruction means reconstruction, evoking the legend of the Phoenix. 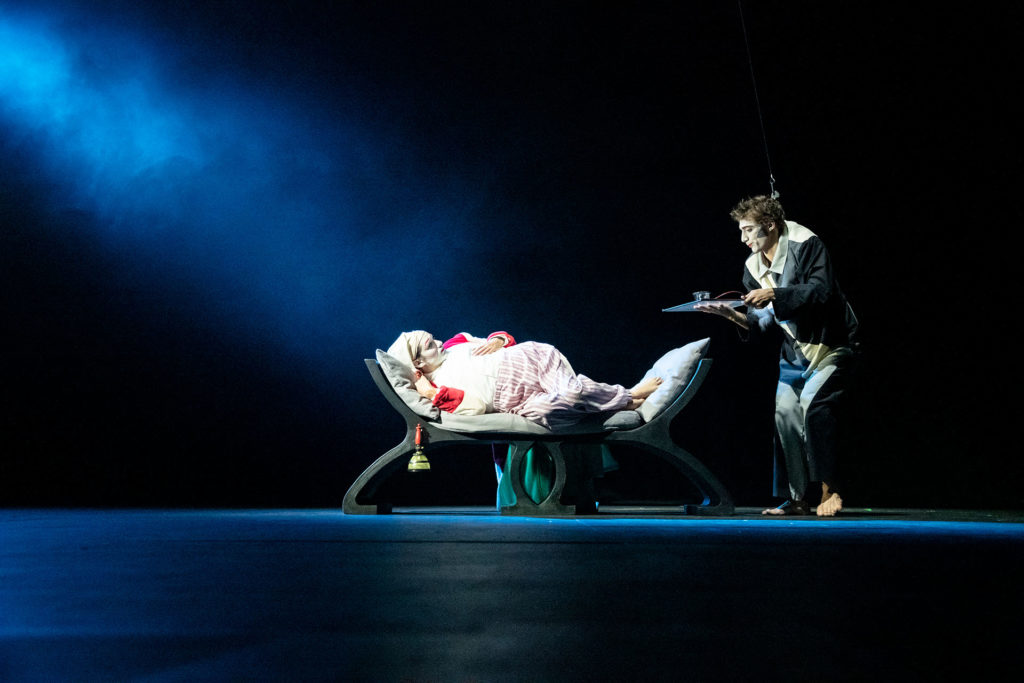 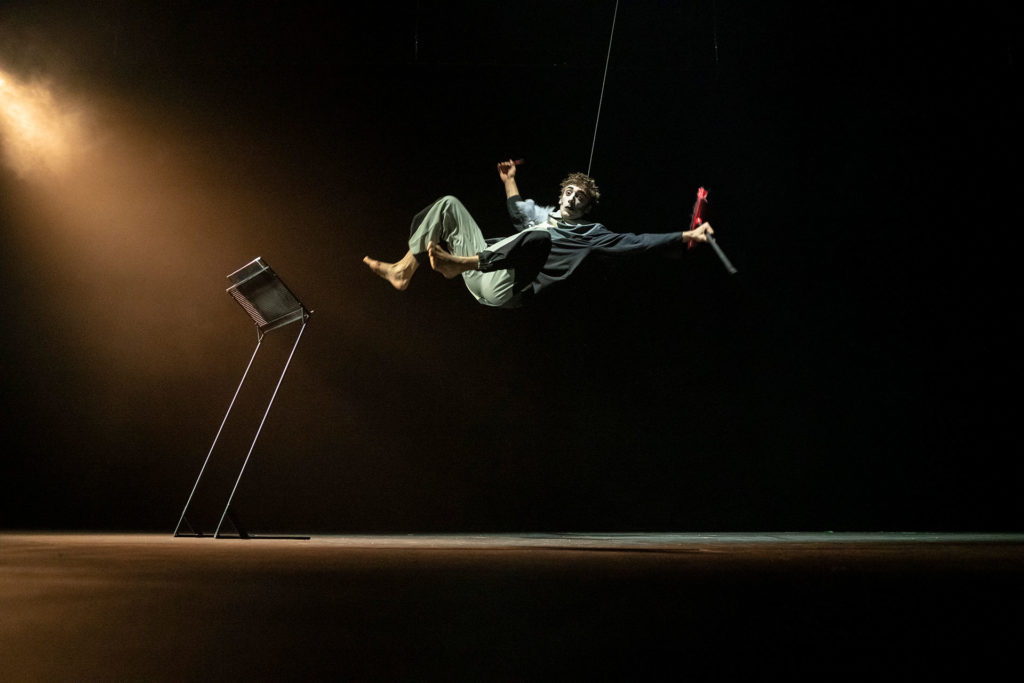 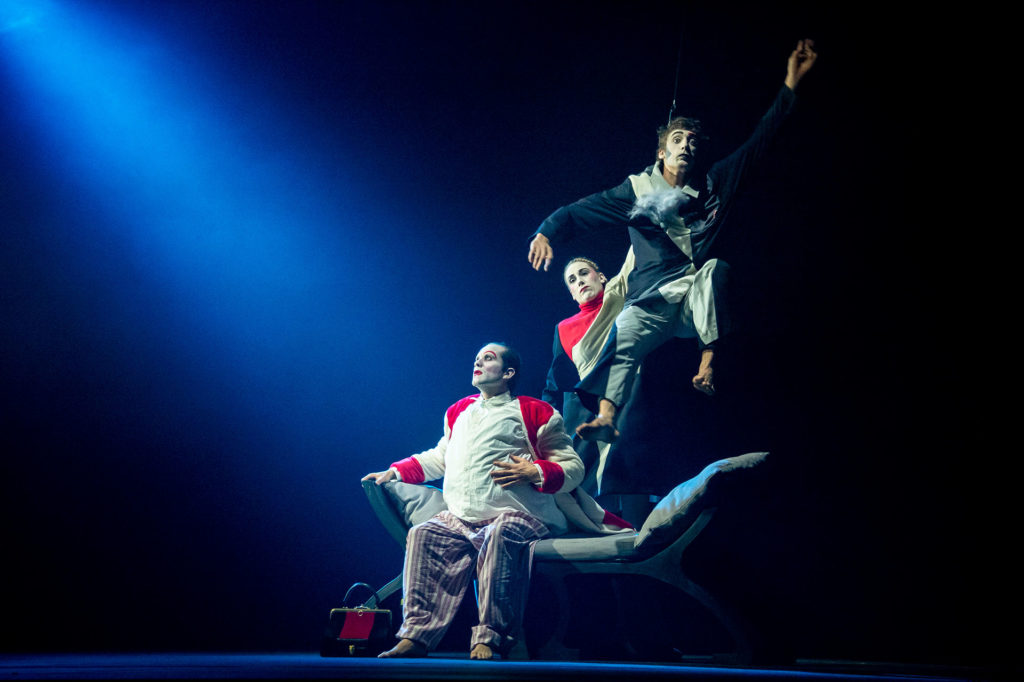 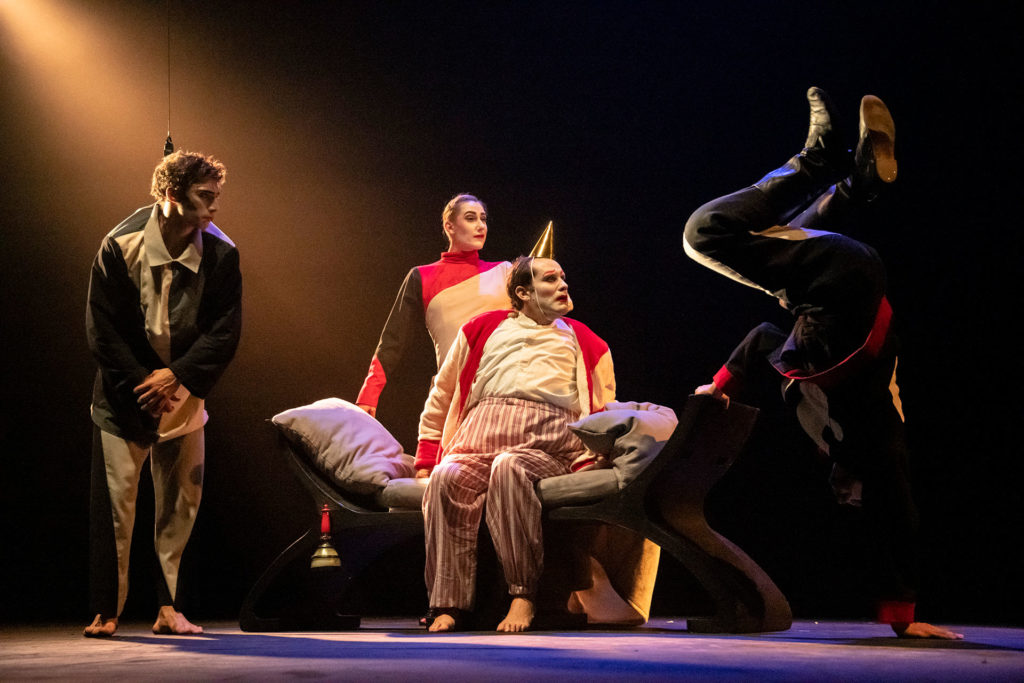 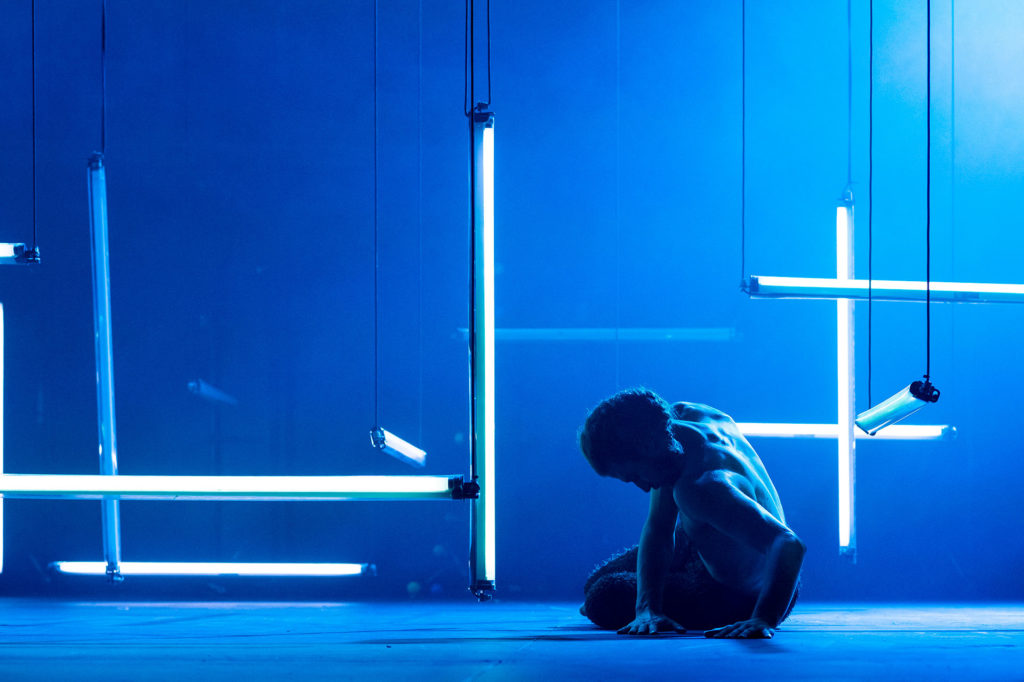 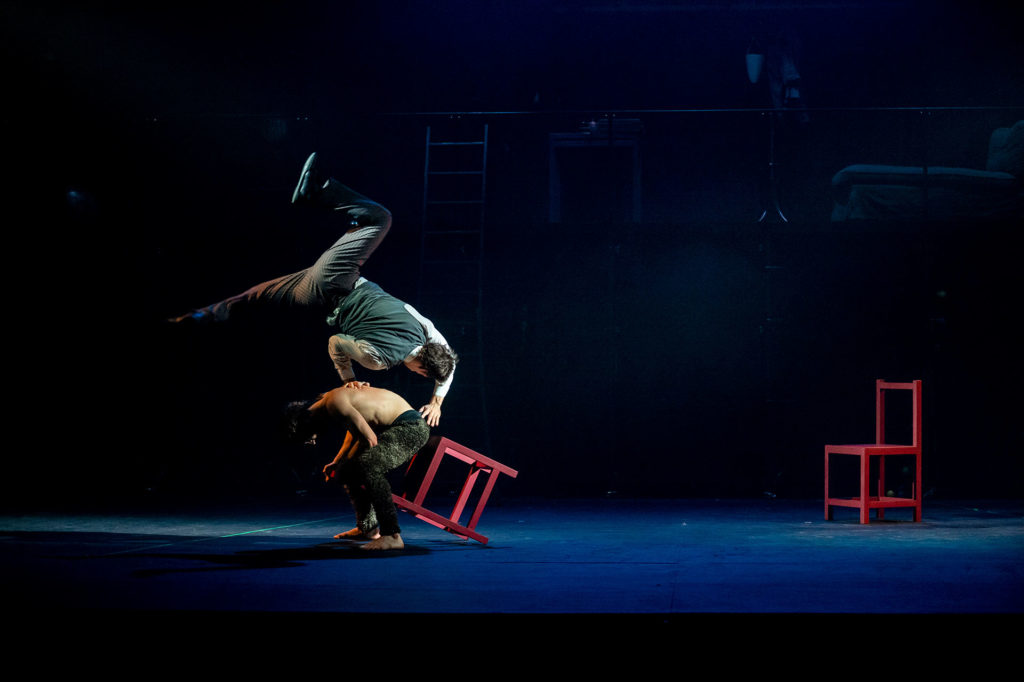 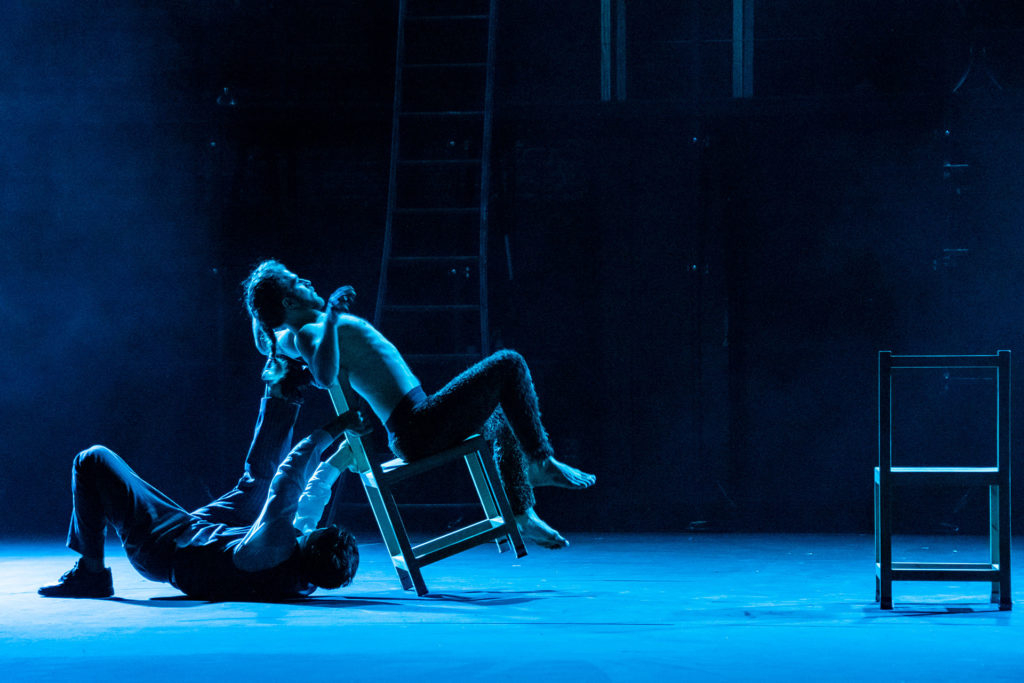 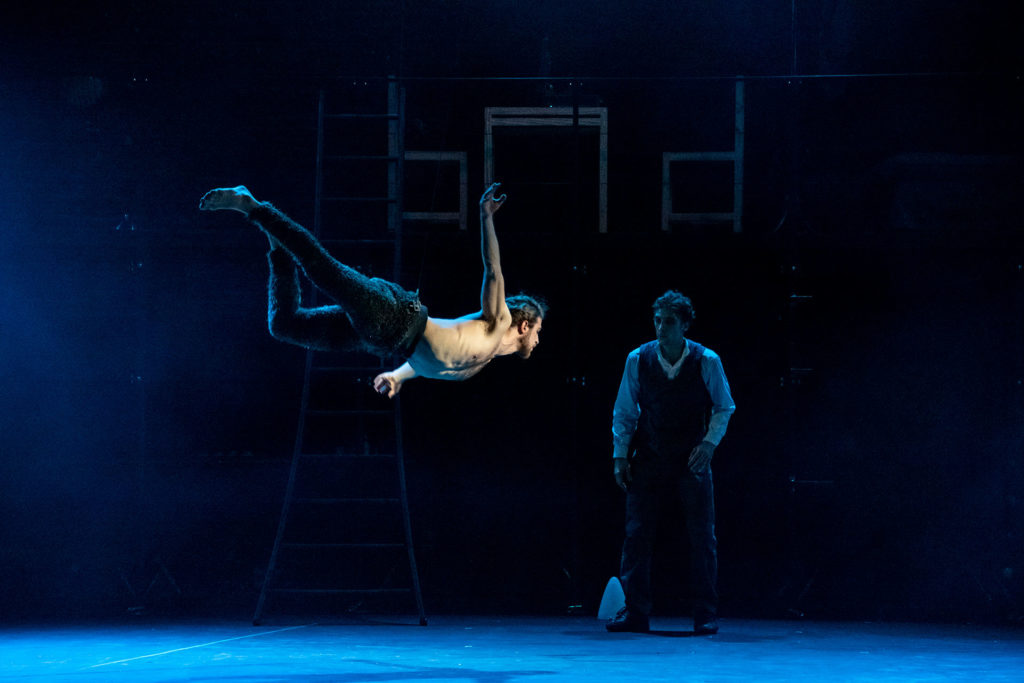 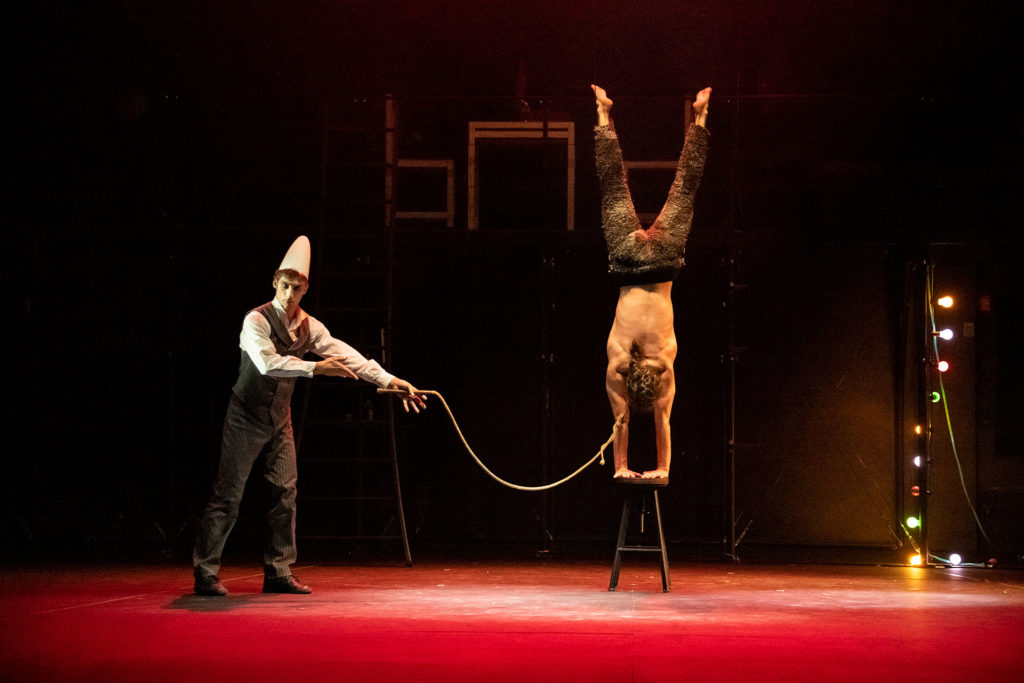 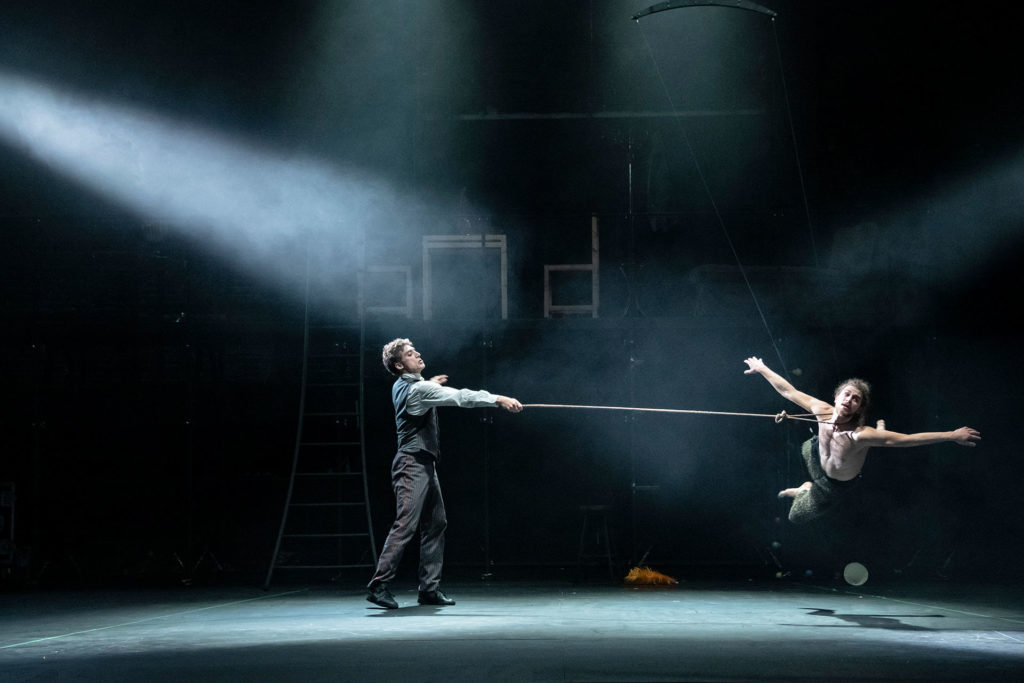 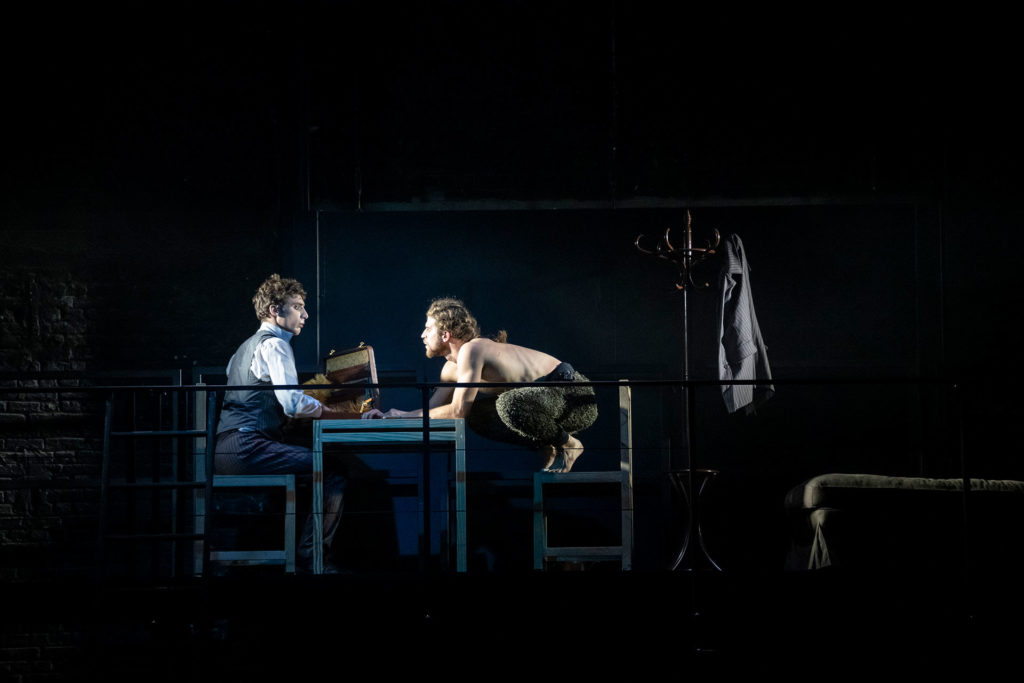 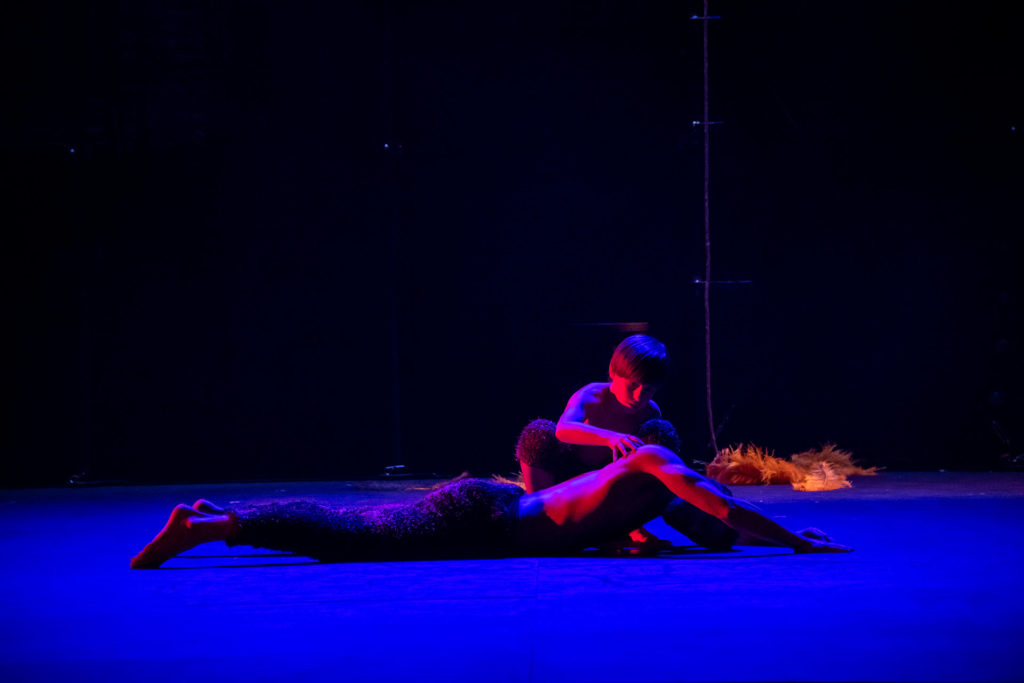